The National Police Service has responded to a tweet from a supporter of Deputy President said there would be post-election violence in 2022 if President Uhuru Kenyatta does not support the DP in 2022.

In a post that elicited heated responses on social media, Dennis Kiptoo Mutai said that 2022 would be worse than the 2007/8 post-election that left more than a thousand people dead and hundreds of thousands of others displaced.

He alluded to the 2022 political debt which he said must be paid through President Kenyatta’s endorsement of his deputy in the next presidential election. 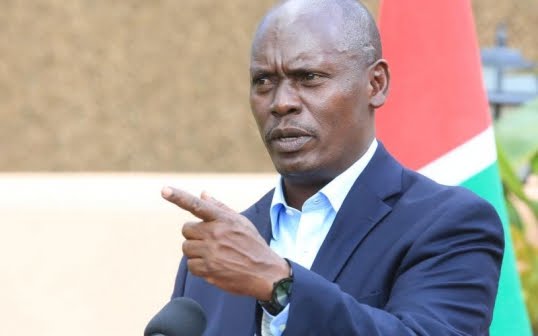 Mutai, a seemingly diehard Ruto supporter, tweeted on Wednesday that he would rather die than let anyone ‘touch’ the DP.

He wrote: “The only man I fear and respect on earth is Hon Dr William Ruto, I’d rather die before you touch William Ruto.”

Among those who reacted was former Kiambu Governor William Kabogo who brought the matter to the attention of the police.

The Police Service has since said it was working with the National Cohesion and Integration Commission (NCIC) to apprehend the suspect.

“Our attention has been drawn to some Tweets supposedly issued by a named individual issuing threats to ignite inter-ethinc clashes akin to what occurred in 2007/8 in parts of the country.”

“Let it be known to all that we are taking these threats as a serious matter, and that we are working with the NCIC with a view to dealing with the persons involved in accordance with the law,” NPS said in a statement published on its Twitter handle.