• Country likely to have maize shortage in next year due to lack of rain. 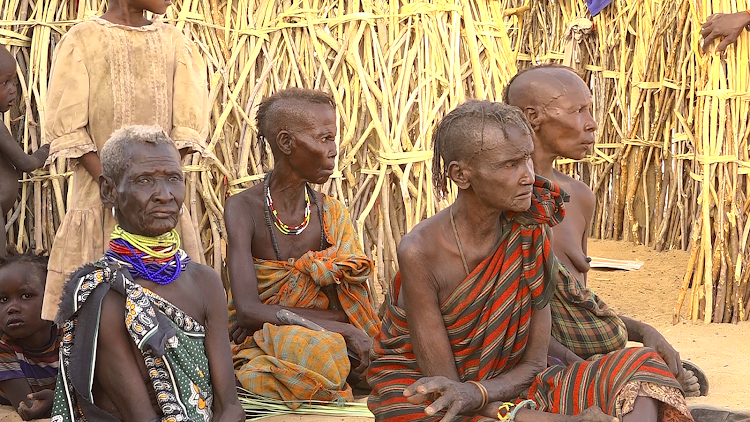 Millions of Kenyans are in the grip of an unprecedented and devastating food crisis.

The National Drought Management Authority says the current drought is worse than in 2011, with some areas experiencing the failure of three rain seasons in a row.

At least 2.6 million people are experiencing crisis levels of food insecurity. The number could increase to 3.5 million in need of targeted assistance by August. The worst affected areas are Turkana, Garissa, Marsabit, Tana River and Isiolo.

On Tuesday, Agriculture Chief Administrative Secretary Andrew Tuimur warned that the country is likely to have a maize shortage in the coming year due to lack of rain.

“It has never stayed for this long without rain. We are almost getting to the middle of April without rain and this is not good for food production,” he said.

Tuimur said for most of the farmers who did dry planting, the maize may not germinate well and even if it does, it will be uneven germination.

With poor germination, he said, there will be poor harvest because farmers will lose their seed.

“Farmers should wait and see how the rains behave, although anything planted later than April, the yields are normally low. We are hoping it will rain in the middle of the mounth as the weatherman said or even earlier,” he said.

The onset of the March to May long rains has been delayed or below average due to tropical cyclone Idai, which redirected moisture away from the East Africa region.

This has impeded the start of planting activities in Central, Eastern, Northeastern and North Rift regions. According to the Metrological Department, the cumulative rainfall is now likely to be below average.

The World Bank attributed the expected high inflation to poor climatic conditions among other factors.

According to the Kenya Economic Update released yesterday, the global lender expects incidents of drought to hamper agricultural productivity, with inflation rising to 5.9 per cent this year before soaring to 6.5 and 6.9 per cent in 2020 and 2021 respectively. 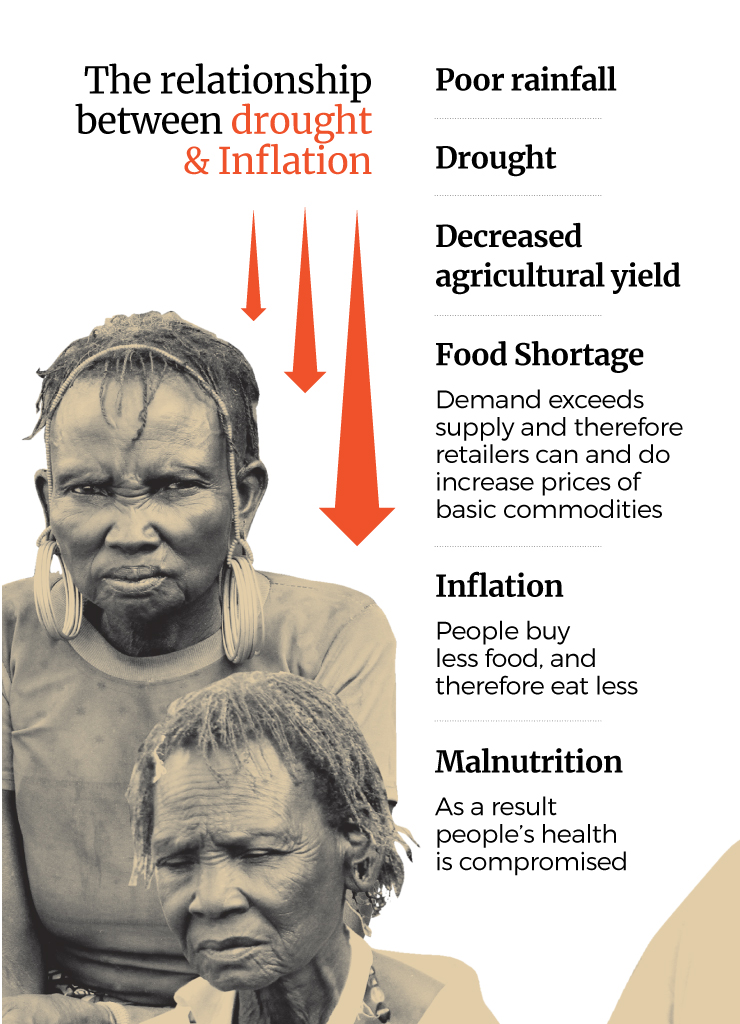 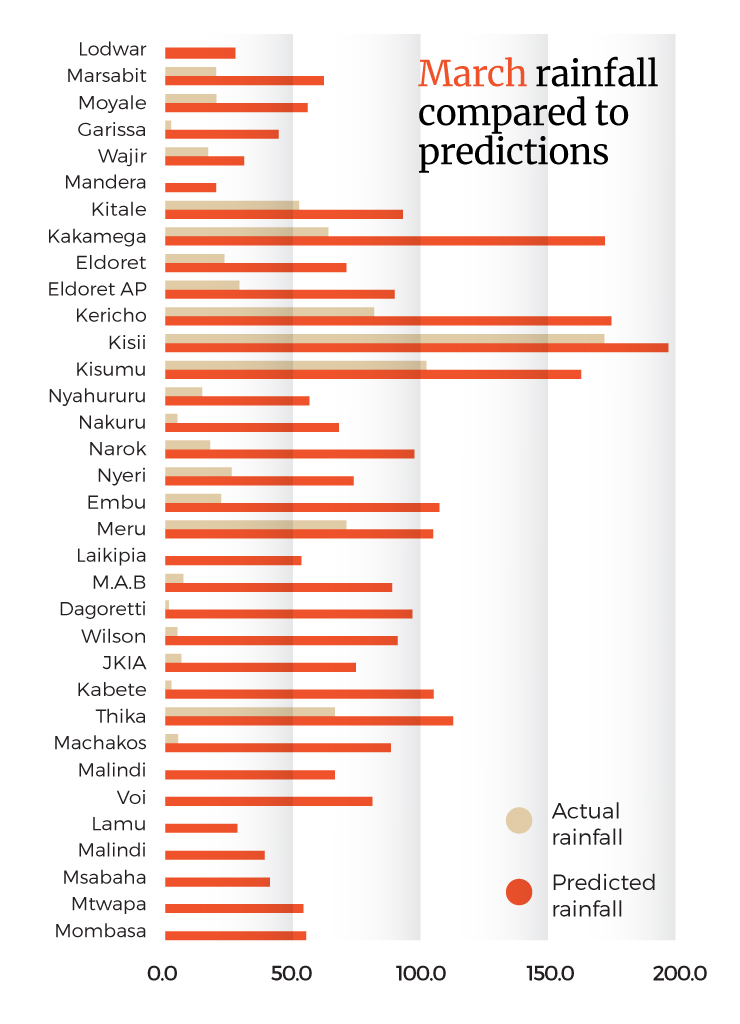 “The agricultural sector which contributes a third to Kenya’s GDP continues to face formidable challenges and climatic risks that could weaken its potential to contribute towards the achievement of the Big 4 agenda,’’ World Bank said.

The Center for Global Development ranks Kenya at position 13 out of 233 countries for direct risks arising from extreme weather and position 71 of 233 for overall vulnerability to climate change.

Other challenges facing the sector include scarcity of arable land, lack of access to credit, poor infrastructure and lack of integrated markets.

Lack of pasture for livestock led to drop in milk production, forcing retailers to sell a half packet of milk at Sh65.63 compared to Sh53.49 the previous year.

The upsurge in prices for basic food prices including vegetables saw Kenya record inflation of 11.7 per cent in May 2017, the highest since 2012.

To curb the rising inflation, the government announced a Sh6 billion maize subsidy to lower the cost of flour to Sh90 for a two-kilogramme packet.

Last month, drought was blamed for an upsurge in food prices, pushing inflation to 4.4 per cent from 4.1 per cent in February.

According to Consumer Prices Indices from Kenya National Bureau of Statistics, month on month price for tomatoes increased 7.44 per cent from Sh44.32 to Sh47.30 per kilo between January and February this year.

Kenyans also witnessed a surge in the price of kales (Sukuma wiki), cabbage, carrots and potatoes which rose by between 1.3 per cent and 6.7 per cent.

The drop in agricultural productivity will see the country’s economic growth drop to 5.7 per cent this year before recovering to 5.8 per cent in 2018 and six per cent in 2012.

There is a consistent connection between drought, high inflation and lower economic growth in Kenya.

According to World Bank data, when Kenya experienced a prolonged drought in 2017, inflation rose to eight per cent and recorded lowest GDP of 4.9 per cent. Agriculture contributes up to a third to the country’s economy.

Last year, Kenya had stable rains which inspired agricultural productivity, pushing economic growth to 5.8 per cent and lower inflation of 4.7 per cent.

Even so, other sectors like services and industry are projected to grow.

The service sector, for instance, is projected to grow at an average rate of 6.5 per cent over the medium term.

“Reforms in the ICT sector, particularly those that support improved delivery of government services, enhanced connectivity and broadband access, will lower the cost of doing business and support improvements in total factor productivity over the medium term,’’ World Bank said.