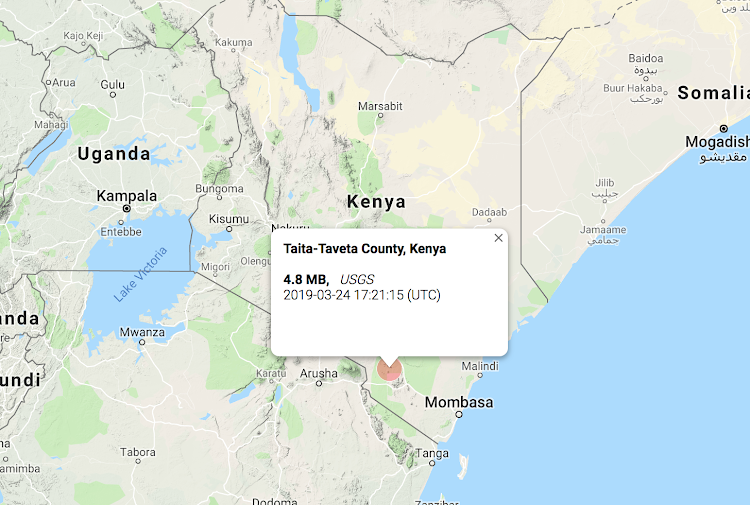 The Meterological department has confirmed an earth tremor hit some parts of Kenya on Sunday evening, but caused no significant damage was caused.

The M6.3 Earthquake that struck Indonesia at a depth of 10Km is suspected to have caused the minor ground tremors in Kenya as well.

Residents at the Coast have been urged to move away from beaches.

Kenyans took to Twitter to raise the alarm over a tremor felt at 7.23pm.

@nakaniwa: Hops onto Twitter to check if I was loosing it or things were actually shaking.

@omickitten: I swear there was a #tremor just now. Ama ni kwetu kunabomoka?

@vierra_amanda: Thought it was my building finally giving up. Or a super enthusiastic neighbour

@Simon_Mwangi9: I thought the weed was expired, it was real guys

@natekev: Seems theres been an earthquake in Spain, with ripple effects felt in Kenya

@CofekRebranded: A very light #tremor, hardly noticeable, shakes parts of #Nairobi and at least 3 other Counties of Kiambu, Kajiado and Machakos. Westlands area, in Nairobi, is known to have tectonic rocks that are prone to shocks

The quake struck in the sea, 147 km northwest of the city of Ternate.