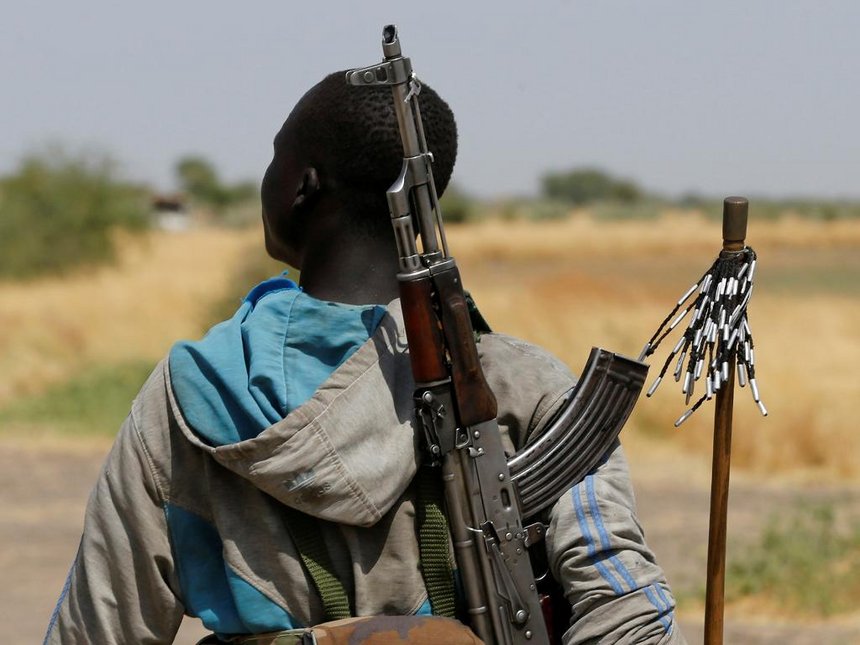 An armed man walks on a path close to the village of Nialdhiu, South Sudan February 7, 2017. /REUTERS

The text of the following statement was released by the Governments of the United States of America, Norway, and the United Kingdom.

The Troika (United States, Norway, and the UK) join the Intergovernmental Authority on Development (IGAD) in condemning the appalling harassment and abuse of monitors from the Ceasefire and Transitional Security Arrangements Monitoring and Verification Mission (CTSAMVM) on Tuesday, December 18. We are particularly concerned at reports that the attack on the monitors was carried out by the South Sudanese National Security Service. It is imperative that the Government of South Sudan investigate and hold accountable those found responsible. Any action that compromises the safety, integrity, and free movement of the CTSAMVM mission is unacceptable and a breach of the September 12th Peace Agreement, to which the Government of South Sudan is a party. CTSAMVM’s verification mission is essential to ensuring accountability for actions that undermine peace. In doing so, it plays an essential role in building the confidence needed if a lasting peace in South Sudan is to be realized.