An Iranian Boeing 707 cargo aircraft has crashed into residential areas after leaving the runway, killing 15 of the 16 people on board, the military has said. The plane had departed from Kyrgyzstan carrying cargo to Iran.

A total of 15 of the 16 people on board the ill-fated jet died in the crash, the Iranian military said in a statement. “A Boeing 707 cargo plane carrying meat from Bishkek in Kyrgyzstan had an emergency landing at Fath Airport today… the flight engineer has been dispatched to the hospital,” it confirmed.

The airplane departed from Bishkek, Kyrgyzstan, carrying cargo and 16 people, according to the semi-official Fars News Agency. The plane was set to land at Karaj’s Payam Airport but the pilot mistook it for the adjacent Fath airfield, which is not suited to servicing cargo aircraft.

Consequently, the pilot lost control of the plane, ran out of runway, and hit the walls separating the airfield from neighboring residential areas.

Later in the day, Iran confirmed that the military was in charge of the plane. Local media revealed more details of the crash, saying it happened after the crew had attempted to land at the wrong airport. 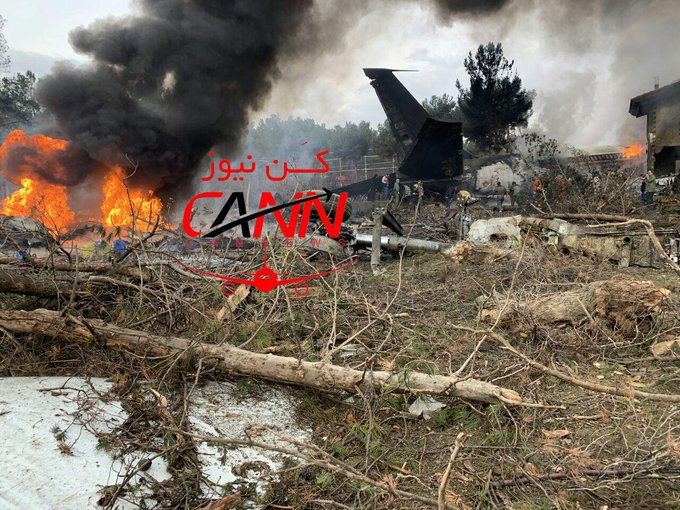 As the search and rescue operation continues, all fifteen bodies have been retrieved from the crash site. Iran’s emergency authority has said the jet hit residential areas near Safadasht, a small city in Tehran province.

Fars News has uploaded photos and videos purportedly showing the aftermath of the crash. The 707 apparently broke apart and caught fire.

Local authorities immediately sent a medevac helicopter and ambulances to the crash site. There are no immediate reports on casualties.

Nowadays, the 707 is no longer flown by major airlines though some of the jets are still used as civilian or military cargo aircraft.