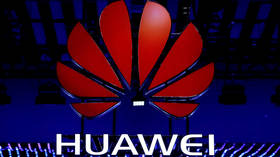 FILE PHOTO ©  Reuters / Yves Herman
Poland has arrested a sales director for Chinese telecoms giant Huawei over allegations of working with Beijing’s intelligence services. Huawei is facing increased spying accusations from the US and its allies.

Along with the Chinese national, whose name has been reported as Weijinga W., the Polish counterintelligence service, the Internal Security Agency (ABW), arrested Polish national Piotr D., the ABW’s own former employee, Polish broadcaster TVP reports. Both are accused of espionage.

A Huawei spokesman has said the company is aware of the arrest, but has made no further comment.

Spying, and working in concert with the Chinese government, are the two chief allegations several Western nations are leveling against Huawei, which recently overtook Apple as the world’s second-largest smartphone manufacturer.

The US has been cracking down on Huawei products, accusing the company of building backdoors for spying into its phones. Along with most of its allies in the “Five Eyes” group – Canada, New Zealand, Australia and the UK – it has barred Huawei from assisting in building 5G networks.

The US-Huawei spat was kicked up a notch with the December arrest of Huawei CFO Meng Wanzhou in Canada. Meng is fighting extradition to the US, where she is wanted on charges of violating sanctions against Iran.

The escalation comes amid an unresolved trade war between Washington and Beijing, and US President Donald Trump has been clear that he is ready to use Meng as a bargaining chip to secure a better deal.

Poland is one of the most devout US allies in Europe. While at odds with Washington’s other European friends over migration, judicial reforms and other issues, Warsaw is constantly seeking to reinforce its ties with the US itself. It has agreed to house a US missile defense installation, and is now reportedly mulling housing an American military base, tentatively dubbed ‘Fort Trump.’