© Shutterstock The single most well-established benefit of interval training has to do with heart health.A simple guide to high-intensity interval training, or HIIT, the fitness trend du jour.

Modern life has a way of making us feel time-crunched and under pressure to find the most efficient ways of using the precious hours when we’re not working or sleeping. This is acutely expressed in the trendy fitness regimen called high-intensity interval training, or HIIT.

HIIT promises the best workout in the least amount of time. Runners have used interval training for more than 100 years, alternating between sprints and jogging to improve their endurance. But HIIT didn’t really go mainstream until about a decade ago, when exercise physiologists started to come out with study after study demonstrating that intervals could deliver the biggest health improvement for your exercise time. In 2013, the seven-minute workout, popularised by the New York Times, appeared on the scene, and then in 2016, the one-minute workout.

Recently, fitness professionals voted HIIT as the third top fitness trend for 2019 in a survey by the American College of Sports Medicine. And interval-based workouts are popping up seemingly everywhere: at chains like Shred415 and Orangetheory (the fastest-growing franchise in the US), in group classes at YMCAs, on apps and YouTube, even in the workout routines outlined in Oprah’s O magazine. Often they promise to burn fat and “metabolically charge the body,” as Orangetheory puts it, in a short time period.

But there are some important nuances scientists have learned about HIIT that have gotten lost in the hype. The proven benefits of these workouts relate to a very particular type of interval training, and they’ve got nothing to do with weight loss. Here are six basic questions about HIIT, answered.

1) First things first: what is HIIT? 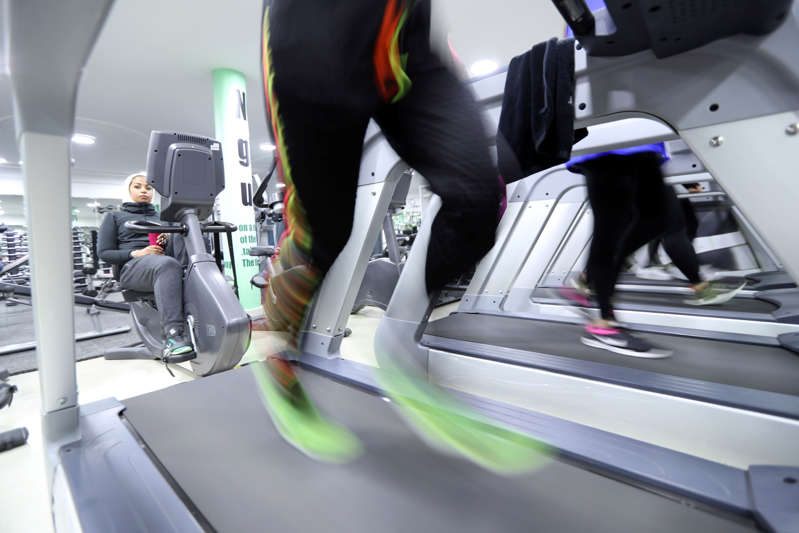 To be clear, most of the interval workouts researchers have studied focus solely on aerobic exercise. Which means the scientific understanding of interval training is based on a more specific routine than what’s appearing in most gyms, videos, and magazines. And the researchers’ definition matters because when we’re talking about the evidence of benefits, we need to be specific about the kinds of workouts that science was based on.

When researchers talk about HIIT, they’re referring to workouts that alternate hard-charging intervals, during which a person’s heart rate reaches at least 80 percent of its maximum capacity for about one to five minutes, with periods of rest or less intense exercise. (It’s not easy to know that you’re working at 80 percent, but a Fitbit or heart rate monitor can help.)

“There’s a strict definition of HIIT in terms of heart rate,” explained Todd Astorino, a professor in the department of kinesiology at California State University San Marcos.

There are also SIT studies, which include all-out bouts of intensity (working at 100 percent of your heart’s capacity). The SIT research, also focused on intervals, reveals similar benefits, so I’ll draw on it too. 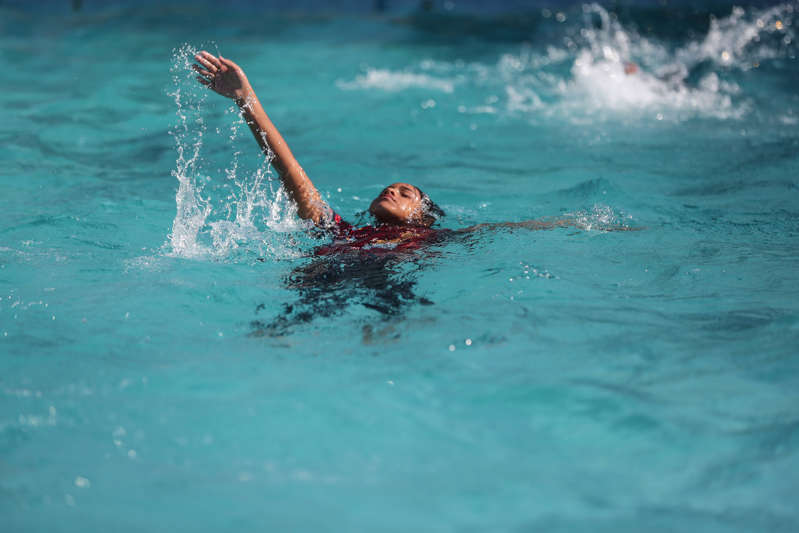 © Getty Swimming What differentiates HIIT (or SIT) from the steady-state, continuous types of exercise — jogging at an even pace or walking, for example — is the intervals, those periods of heart-pounding intensity. And if you want to try it, you can simply take a HIIT class, or run or even walk in a way that involves a series of higher-speed and higher-incline intervals where you’re working harder.

If you want a routine that’s been lab-tested, there’s the 4-by-4 from Norway. It involves a warmup, followed by four four-minute intervals (again, where your heart rate reaches past 80 percent of its maximum capacity), each interspersed with a three-minute recovery period, and finished off with a cool-down.

So, for example, you’d jog for 10 minutes to warm up, then do four four-minute intervals of faster running, with three three-minute intervals of moderate jogging or brisk walking in between, and a five-minute cool down at the end. And you can substitute jogging with other aerobic exercises, such as biking or swimming. The whole routine should take 40 minutes.

A shorter, and also heavily studied, example of an interval routine is the 10-by-1, which involves 10 one-minute bursts of exercise each followed by one minute of recovery.

Again, these routines look pretty different from what’s on offer at chains like Orangetheory, CrossFit, or even the seven-minute workout. Even though they’re often referred to as HIIT, they combine cardiovascular exercise with strength training.

3) What are the benefits of interval training? 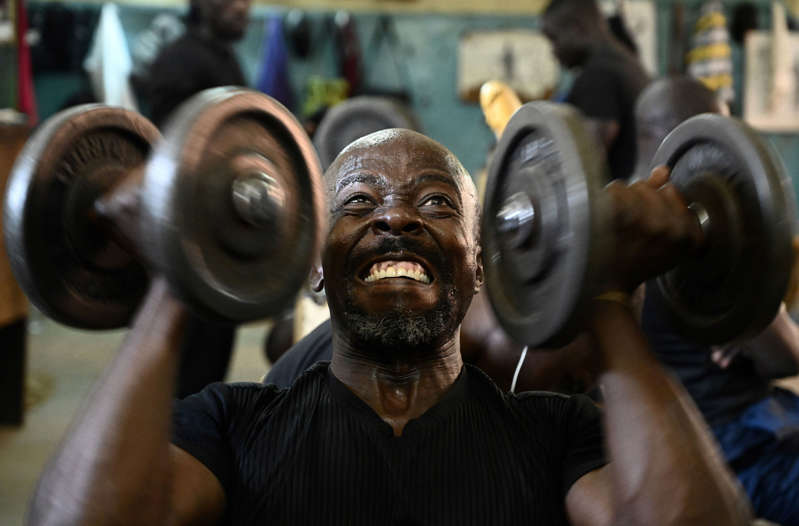 © Getty Man lifting weightsThe single most well-established benefit of interval training has to do with heart health. Intervals can boost cardio-respiratory health with a smaller time investment compared to continuous forms of exercise. So we’re not talking about superior fat-burning capacity (more on that later) or bigger muscles. We’re talking about improved VO2 max, a measure of endurance that calculates the maximum volume of oxygen the body can use (and an important health marker).

“Scientists have found that [VO2 max] is one of the best predictors of overall health,” according to the recent interval training book The One Minute Workout, co-authored by Martin Gibala, one of the world’s leading interval training experts, who’s based at McMaster University in Canada. “The more aerobically fit you are, the better your heart can pump blood, the longer it takes you to get out of breath, and the farther and faster you’re able to bike or run or swim.” And that, in turn, can help prevent heart disease.

Consider this 2016 SIT study, in which Gibala and his co-authors followed two groups of participants for 12 weeks: One group worked out for 10 minutes (including several intervals that added up to one minute), and the other for 50 minutes (at a continuous pace).

The most remarkable finding in the study was that the two groups of exercisers saw the same improvement in their oxygen uptake, despite their varying time commitments. 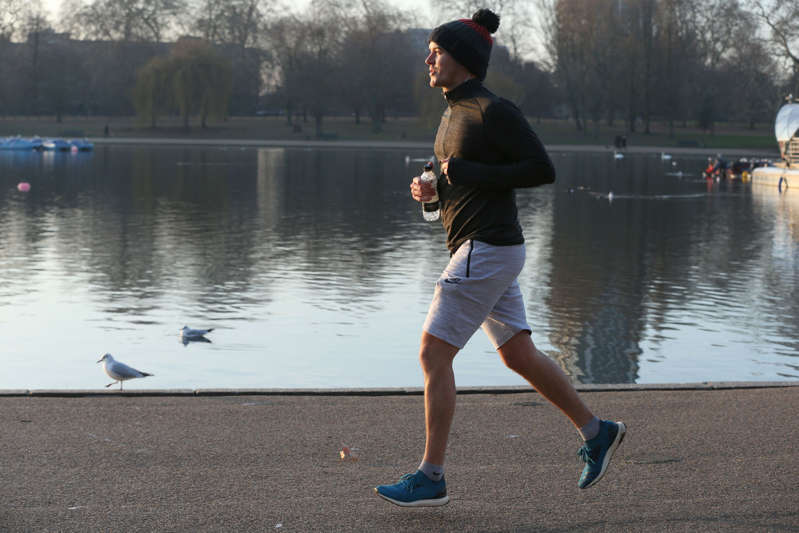 © Getty JoggerIn a 2014 study, Gibala and his fellow researchers got a group of overweight and obese sedentary adults to do three workouts per week, for a total of 30 minutes of exercise. Each workout included three 20-second intervals of fast pedaling on an exercise bike. Even in that short period of time, the study participants saw improvements in their VO2 max.

Reviews of the research have come to similar conclusions: Interval routines lead to greater gains in VO2 max compared with other forms of training in a shorter period of time.

“HIIT is a time-efficient strategy to get the benefits typically associated with longer bouts of traditional cardio,” Gibala told Vox.

Of course, the more you put into a HIIT workout, the more heart health benefits you get out. In this 2013 meta-analysis, researchers evaluated the effects of high-intensity interval training studies, separating out nine studies that showed the largest improvements in VO2 max and nine studies that reported the smallest gains.

For this reason, athletes have long used the interval technique to up their game, Mayo Clinic exercise researcher Michael Joyner told Vox in 2016. “There’s observational data in athletes going back almost 100 years showing the benefits of a few bouts of really high-intensity exercise in people.” He added: “If you want to get people to their biological maximum, they need to be doing four to five times of three- to five-minute intervals.”

4) Why does HIIT improve cardio health?

Researchers still haven’t figured out exactly why HIIT works to improve aerobic fitness more than continuous types of exercise. But one key hypothesis, Gibala explained, has to do with the heart’s ability to pump blood.

One measure for blood pumping is something called stroke volume, or the volume of blood that comes out when the heart contracts. And a major determinant of VO2 max is stroke volume.

“The maximum amount of blood that comes out of the heart is improved by exercise training,” said Gibala, “and there’s evidence that when you do interval exercise training, the stroke volume increases even more.”

5) Is HIIT the best exercise regimen for weight loss? © Getty LAKEWOOD, CO – April 18: Danica Hemmann of Denver, is testing a running shoes for her training on the treadmill at Runners Roost Lakewood. April 18, 2018. (Photo by Hyoung Chang/The Denver Post via Getty Images)There’s no doubt that interval training can be a time-efficient way to burn calories. Researchers have repeatedly shown that people can burn comparable amounts of calories in HIIT routines lasting, say, 20 minutes, compared to longer continuous exercise routines lasting 50 minutes. The reason for that, Gibala said, is that higher-intensity exercise, like intervals, results in a greater disturbance of the body’s homeostasis, “and it literally takes more energy and oxygen to return it to normal basal levels.” (We’ll get to the related “afterburn” effect in a moment.)

But the question is whether that calorie burn translates into weight loss, and that’s where HIIT falls short. “Many people overstate the potential for interval training to cause you to lose weight,” said Gibala. But that’s a problem with exercise in general, not HIIT specifically. As we’ve explained, it’s much easier to lose weight by cutting calories in your diet than trying to burn excess calories.

That’s especially true if your workout is only 20 minutes long, said Jeffrey Horowitz, a kinesiology professor at the University of Michigan. To burn a lot of calories, “you need to exercise [for] a more prolonged period of time. HIIT routines, by definition, tend to be shorter. So if your goal is weight loss, you might consider a longer interval routine, and you definitely want to look at your diet.”

“In terms of the overall magnitude of calorie burning, it tends to be small relative to what you can achieve by dietary changes,” Gibala summed up.

6) What about the “afterburn” effect? 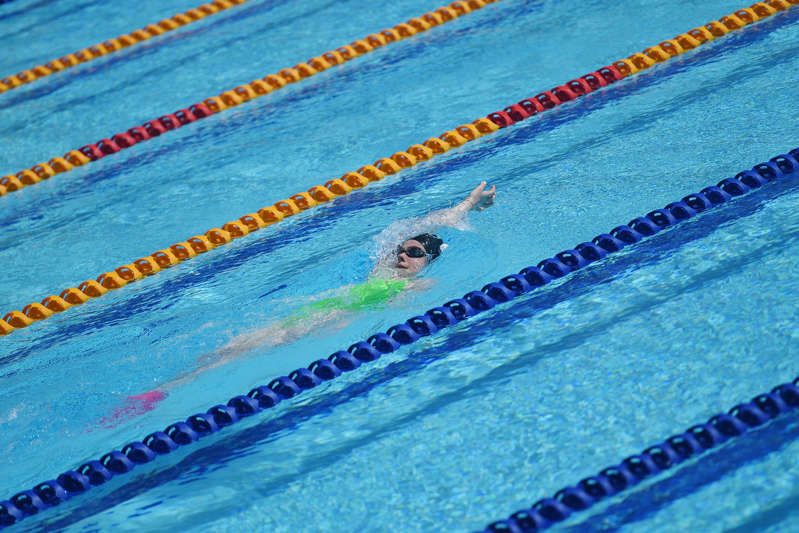 © Getty Swimming Many HIIT gyms tout exercise programs that will lead to an “afterburn” or “excess post-exercise oxygen consumption” — a period of elevated calorie burn after you exercise.

“This revs your metabolism and makes you burn calories long after your workout is over,” Orangetheory claims.

“The afterburn effect is real — but it’s often overstated,” Gibala said. “When we’ve measured it in a lab, we’ve shown that a 20-minute session of intervals can result in same calorie burn over 24 hours as a 50-minute bout of continuous exercise. So that means the afterburn effect is greater after the intervals — but it peters out after a while.”

It’s also marginal, he added, not the kind of dent in calories that would lead to lasting weight loss. (I saw the same effect when I entered a metabolic chamber to measure my metabolism. In the periods after I hit the exercise bike, my metabolic rate ramped up — but only by a few more calories each minute, and the effect wore off within half an hour of exercising.)

Building more muscles, however, can be a little more helpful for the afterburn. Here’s why: One of the variables that affects your resting metabolic rate is the amount of lean muscle you have. At any given weight, the more muscle on your body, and the less fat, the higher your metabolic rate. That’s because muscle uses a lot more energy than fat while at rest.

So the logic is if you can build up your muscle and reduce your body fat, you’ll have a higher resting metabolism and more quickly burn the fuel in your body. But that takes work — a lot more work than a short aerobic HIIT workout. And even a short HIIT workout may not be for everyone.

“Intervals can be demanding mentally and physically, so some steady-state continuous is nice once in a while,” Gibala said. “[But] for those who truly are super time-pressed and can tolerate intervals almost exclusively, it’s the most efficient way to train.”