• For most Palestinians, whether Christian or Muslim, Jerusalem is the city we love the most and visit the least

• During Easter, barriers are set up in the early hours of the morning in the courtyard at the Church of the Holy Sepulchre. Its aim is to keep people out of the Church 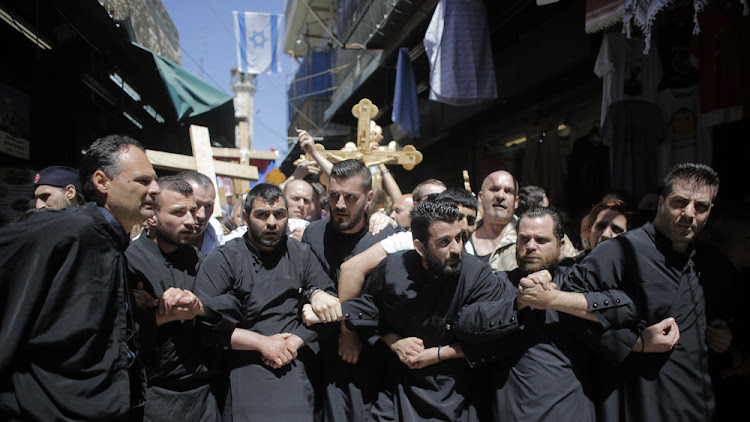 For Christians in the Holy Land, Easter is the most important of Christian holy days. In fact, Palestinians refer to it as al-Eid al-Kabir (the Big Feast) while Christmas is known as al-Eid al-Saghir(the Little Feast).

The Saturday before Easter Sunday is the climax of the Holy Week in occupied Palestine. Sabt Al-Nur(Saturday of Light) is an Orthodox tradition that marks the end of the Easter fast. Tradition holds that every year on the Saturday prior to Easter, a flame arises from the tomb of Christ at the Church of the Holy Sepulchre in Jerusalem.

The miracle of the flame is celebrated by lighting candles from this flame in Jerusalem and carrying it from one town and village to another in Palestine.

Although Sabt al-Nur is an Orthodox tradition, Christians of all denominations have attended the ceremony in Jerusalem for generations, in what has always been a major community event for Christians in Palestine.

But last year, only a few hundred Palestinians made it to the Church of the Holy Sepulchre for the ceremony of the Holy Fire. Most Palestinian Christians have never seen the miraculous flame — not because we don’t care about the tradition — but because Israel restricts us, especially our youth, from entering Jerusalem. Jerusalem: the sacred city of Christians all over the world; the place of Jesus’s crucifixion and resurrection, the birthplace of Christianity itself, the site of its first churches.

As a little boy, I remember travelling to Jerusalem from our village of Beit Sahour. Beit Sahour is located just outside of Bethlehem and is less than 15km from Jerusalem. Yet it is a trip that took several hours due to the “no-man’s zone” imposed on us when Israel was created in 1948. This forced us to go through a route nearly three times longer than the normal way.

Now, I can no longer visit Jerusalem at all. I am a former political prisoner and have been placed on an Israeli “security” list. The Israeli authorities will not grant me a permit to visit Jerusalem. My 35-year-old son has travelled widely and seen almost half the world, but he too is barred from Jerusalem.

Our story is not unique. Palestinians — indigenous to the Holy Land and who live a few kilometres away from Jerusalem — must beg for permission to visit, endure humiliating searches and pass through walls and checkpoints, while pilgrims from Germany, the US or Peru can fly in for Easter.

For most Palestinians, whether Christian or Muslim, Jerusalem is the city we love the most and visit the least.

As an Easter “goodwill” gesture, Israel says it has issued approximately 10, 000 permits to Palestinians from the occupied West Bank and 500 permits to Christians in the besieged Gaza Strip, where several thousand live. Is it really goodwill to force people to apply for permits to visit and worship in their most sacred city during their most sacred time? 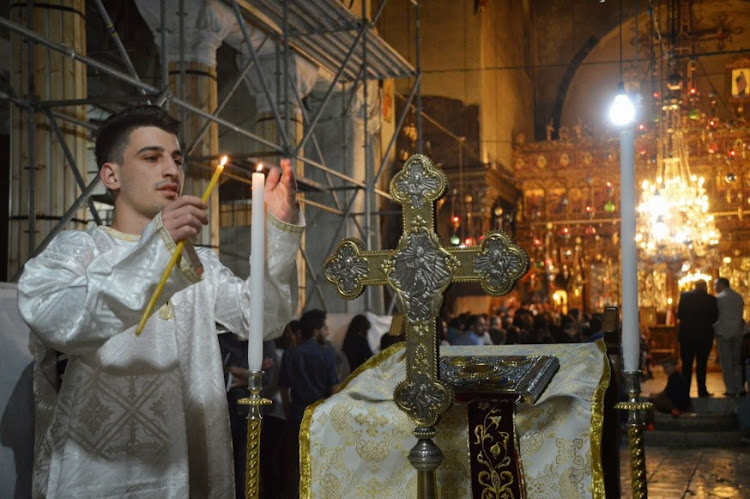 A Palestinian Christian lights candles in the Church of the Holy Sepulchre during Easter in Jerusalem. Although the Church is central to Jesus’s death, crucifixion and resurrection, many Palestinians are barred from the Church by Israeli military
Image: COURTESY

Is it goodwill to turn the sacred city into a military zone?

During Easter, barriers are set up in the early hours of the morning in the courtyard at the Church of the Holy Sepulchre. Its aim is to keep people out of the Church: A site central to Jesus’s death, crucifixion and resurrection.

Israeli army officers are present around the gates of the Old City and passages that lead to the Holy Sepulchre, as well as inside the Church itself and on its roof. These measures restrict freedom of movement for Palestinians, preventing Palestinian Christians from worshipping at the Church during this auspicious period. Even priests are not allowed to move freely. Is this what freedom of worship looks like?

Today, Palestinians feel that not only are our religious, cultural, and spiritual celebrations under attack but our whole existence as well. In fact, many Palestinians refer to our experience of living under Israeli occupation and the suffering we endure as “walking the Via Dolorosa” or the Way of the Cross.

However, this Way of the Cross is not confined to Easter week but has been going for 70 years. The stations of suffering that are visited include checkpoints, permits, refugee camps, blockade, home demolitions, detention without trial, and bombing. 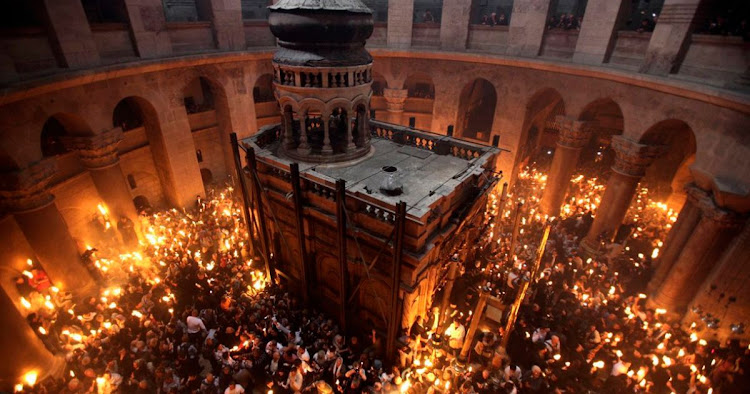 The Holy Fire (Sabt ul Nur) ceremony in Jerusalem has always been a major community event for Christians in Palestinians, but only a few hundred Palestinians made it to the Church of the Holy Sepulchre for the ceremony last year due to Israeli restrictions on freedom of movement
Image: COURTESY

Today, Palestinians are still walking the Way of the Cross, and anxiously awaiting the Day of Resurrection – the day the stone that blocks the tomb of occupation is rolled away.

The message of Easter and the Resurrection is that those liberated by God cannot be made slaves by anyone. But this is what is exactly what is happening today in occupied Palestine. Israel is asking the Palestinian people to let their freedom die so that the Israeli people can live.

In the Holy Land — the land of the Resurrection — we see one group of people committed to security, justice and peace for themselves only that is built on injustice and occupation for another set of people. We see one human being living at the expense of another human being. Jesus Christ died and rose from the dead to give life for all, to enable everyone to triumph over death and become a maker of life, justice and peace for oneself; their people; and all the peoples of the earth.

Freedom for one group cannot come through the oppression of another.

Israeli security and peace cannot be built at the expense of Palestinian security, dignity, and peace. The occupation of Palestinian life must end, so that both Israelis and Palestinians may live as equal human beings.

Rifat Odeh Kassis is the coordinator of Kairos Palestine, an umbrella movement of Palestinian Christians of various denominations, which advocates for ending the Israeli occupation and achieving a just solution to the conflict.