• Without a doubt, it is no longer a secret that the presidency is deeply fractured and that, in that institution, the centre can no longer hold. 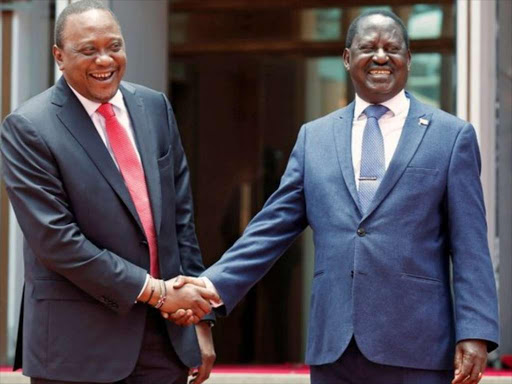 We are currently involved in a debate on whether we should continue with the presidential system of government or we should adopt the parliamentary system.

There are pros and cons to adopting either of them. But given our history and the kind of crises we have faced very frequently with presidential elections, some of us feel very strongly that we need to go parliamentary. A good example of such crises is the current political war of words in the Jubilee Party against or in defence of Deputy President William Ruto’s presidential ambitions. Can this war of words substantially undermine political stability in the country, or has the President taken some steps to cushion his government against such an eventuality?

In March last year, President Uhuru Kenyatta and opposition leader Raila Odinga shook hands on the footsteps of Harambee House and announced that they were now ready to work together in the spirit of national unity and national development.

They announced a nine-point agenda that includes, among other things, a review of our Constitution to see where amendments could be carried out to improve the nation’s governance. The Building Bridges team, which was to listen to wananchi’s views on the nine-point agenda and how we could build a stronger and better republic, was formed.

While Kenyans breathed a sigh of relief at this rapprochement, one man was not amused, and quite understandably so. This man is William Samoei Ruto. I want to examine what may have caused the DP such anxiety and why he feels extremely uneasy with the handshake to the extent that his misgivings could easily undermine Kenya’s political stability. 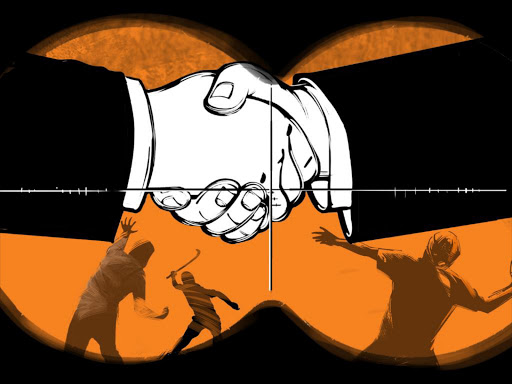 First, the President and his deputy were the key architects of the Jubilee coalition. During the last election, the Deputy President played a key role in determining who stood where and for what seat, and hence who finally ended up in the Senate and the National Assembly on the Jubilee ticket. A good number of key Jubilee politicians, most of whom were in the previous Parliament, apparently did not find favour with the DP and lost out to some political rookies. Quite a good number of those who lost out regarded themselves as “the President’s lieutenants.”

This group of Jubilee politicians obviously have an axe to grind with the DP. Ruto has to decide whether he wants to treat their discontent as opposition to his presidential bid or whether he can still turn yesterday’s political foes  into today’s political allies.

As things stand now the battle lines seem to have been drawn. An attempt by the DP to focus on Raila as a threat to Jubilee unity is a clever way of avoiding to confront the essential enemy within the gates.

Second, as soon as Jubilee started its second term, the DP embarked on an ambitious “meet the people tours ” and “inspect Jubilee projects” county visits, which were lavishly attended by leaders reputed to be “DP’ s close allies”. Obviously, the Deputy President was increasingly becoming more visible than the President almost on a daily basis, making the President assume the “lame duck” title rather too early in his second term. Uhuru’s famous “Tanga Tanga” remark was no doubt a clear message to his deputy that he was not in the least amused by this “overshadowing” game.

He was still the boss.

Third, government ministries and posts having been divided almost equally between the two who comprise “the presidency”, the rest of Kenyans stood back in awe watching how technocrats competed in looting state coffers while the President seemed not to realise what was going on! The opposition, however, was pointing out these iniquities on a daily basis, as the DP became the strongest defender of Jubilee against corruption charges.

Of late, the DP has been advancing the argument that those who are busy making corruption charges against Jubilee projects are motivated by the simple desire to discredit the Jubilee government politically. This stand clearly stands in contradiction to that of the President, who is on record that nobody will be spared if caught with his or her hand in the public till. So which Jubilee government is the DP referring to?

Fourth, in his many escapades around the country, the DP treated wananchi to regular massive donations of money. In no time, people started wondering about the pot of gold that the DP had hit. Speculation has it that the intelligence agencies raised this issue with the Head of State as such lavish donations and display of opulence do not paint a good picture of the presidency. It is interesting to note that the President himself has shown little interest in engaging in lavish Harambee donations, nor has he patronised the religious leaders with extravagant gifts as is typical of his DP.

Without a doubt, it is no longer a secret that the presidency is deeply fractured and that, in that institution, the centre can no longer hold. Something called Jubilee Party is actually not there. It was perhaps not there ab initio. What was there was an alliance of two people who needed to capture the presidency as an insurance scheme against “the Hague.” That insurance is no longer necessary, and trying to resurrect the alliance is an exercise in futility. And the DP knows that. It is perhaps much safer for him to build a financial arsenal to buy his way into power rather than rely on some human capital which is no longer there. 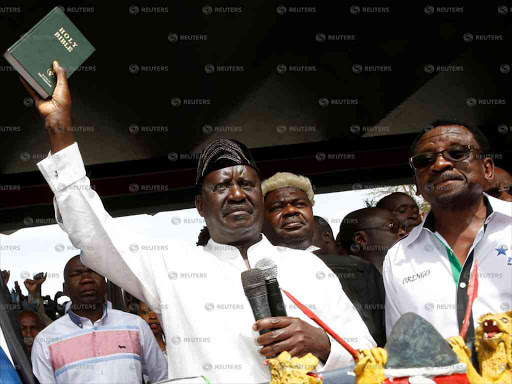 Fifth, and I have said this before, when Raila took the oath at Uhuru Park early last year before a peaceful and mammoth crowd, it sent a message to the President. The message was simple: This was a crowd you could not ignore. It was quite clear, from the picture I have painted above, that Ruto was actually marginalising the President in national politics rather fast, and early in his second term. Could that crowd at Uhuru Park, and its political Captain, become a saving grace for the besieged President?

Politics, as it were, is a game of infinite possibilities. That is why wars are fought among nations, which then become wonderful allies in peacetime. What happened on the steps of Harambee House in March last year was one such perhaps “unthinkable” possibility. But since it has opened an immense possibility for Kenyans to rethink the viability of the presidency as an institution for our democratic governance, I want to remind Kenyans that the presidency has always been an inherently unstable political institution in our country. It counts more for periods of instability than prolonged periods of tranquillity and social progress. There was tremendous social progress under the coalition government because this was, for all intents and purposes, a parliamentary system of government.

Fortunately, the coalition government also came into being on the basis of a strict reform agenda after a settlement of a crisis. Its tenure was based on a strict time action plan very clearly understood and supported by the two leaders. No doubt it could still provide a useful model for building coalitions in future parliamentary governments should we decide to adopt that system of government following the coming referendum.

The writer is the Kisumu governor