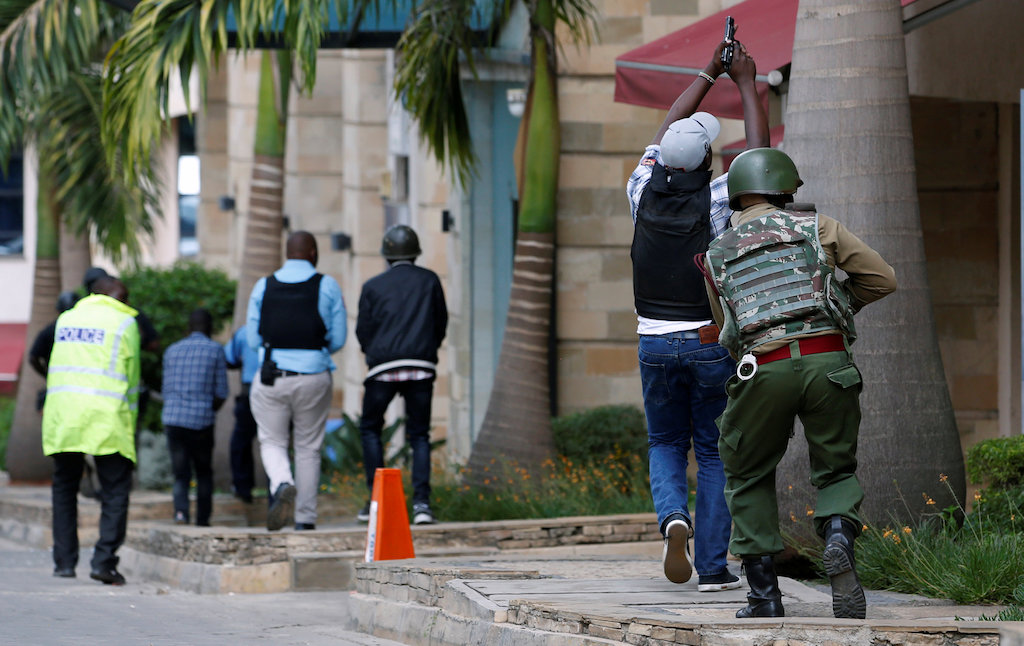 Members of security forces are seen at the scene where explosions and gunshots were heard at the Dusit hotel compound, in Nairobi, Kenya 15 January 2019/COURTESY

“We are behind the attack in Nairobi. The operation is going on. We shall give details later,” said Abdiasis Abu Musab, al-Shabaab’s military operations spokesman.

A Somali journalist with Al Jazeera through a tweet  said Al-Shabaab has claimed responsibility for the ongoing attacks.

Hamza Mohamed tweeted that the group’s spokesperson told the gulf channel: “We are currently conducting an operation in Nairobi.

Law enforcement has affected multiple evacuations from the hotel and nearby businesses.

Police have quelled the fire and people are being evacuated.